How Politics Affects the Lives of Citizens?

Today, many people are concerned about politics and how it impacts their lives. Basically, it affects not only the citizens of the country but also, businesses of every kind from product supplier, manufacturing plants and so forth.

Politics are also discussed on various platforms social media to regular news programs, people are interested in understanding how the political system works and what affects different policies have on the average person.

How Significant is Politics in Society?

Politics has a significant impact on our everyday lives because it directly influences what kind of world we live in.

Political decisions made by government officials, lawmakers, and leaders impact everything from education to healthcare to criminal justice and more. Keep reading to understand how politics affects you every day and its brief history!

How is Politics Leading our Future?

We can see the influence of politics in our daily lives in many different ways. The quality of the public school or university your children attend, the health care you are able to access, and the way the police enforce laws and handle cases of local crime are all directly affected by the political decisions made by lawmakers and government officials.

The earliest recorded examples of political rule are found in Mesopotamia, Egypt, China, and India, where the origins of modern democracy and the concepts of social justice can be traced as far back as 3,000 BC.

The Positive Impacts of Politics

Politics is often viewed in a negative light, with distrust of politicians and the idea of politics as a whole being something that most people want to steer clear of. However, you may be surprised at how much better life became thanks to politics.

While we’ll never all agree on everything, that doesn’t mean that there isn’t value in so many people having different views and opinions. These are some of the best ways that politics has improved our lives.

Corruption is a terrible problem that can be found in almost every part of the world. However, it is particularly prevalent in developing countries, with politicians often accepting bribes and other forms of corruption.

However, thanks to campaigning by anti-corruption groups, there are now far more laws being passed to prevent corruption. Unfortunately, there will always be some people who are willing to accept bribes.

If you want your office to reach more people and join you with your fight against corruption, then you better click here to know more about outreach monks link building service and how they can help in promoting your program.

Sadly, there are many children who suffer from abuse and neglect, with many of these children facing a bleak future.

Unfortunately, many women still face abuse and harassment, with many facing abuse from those they should be able to trust, like family members and partners. Luckily, there are now more laws in place to protect women, including laws that make it easier to convict abusers. Unfortunately, there are still many people who believe that abuse is a normal part of life.

As more people become aware of the abuse that many women face, there are now more resources available to help them. However, thanks to the people who campaign for the rights of women, there are now far more ways to help those who need it.

Political Issues in the USA

When asked about 17 elements of the company environment in a poll on U.S. competitiveness, 60 percent of alumni said the potency of the governmental strategy was worse in the USA compared to other advanced economies. Just the sophistication of the tax code, which received bad marks from 61% of the surveyed, was seen more negatively. To learn more about law, check out Philadelphia criminal attorney.

Political campaigns in the USA have always been a contact sport. During the presidential elections of 1800, as an instance, James Callender, one of Thomas Jefferson’s representatives, announced that the incumbent president, John Adams, for a dreadful hermaphroditical personality, which has the power of a person, nor the gentleness and sensibility of a female. Jefferson weathered similar attacks, including one on his spiritual beliefs, which described him as a person who’s not a profession of Christianity, who’s without Sabbaths; minus the sanctuary, and without so much as a good outside admiration to the religion and worship of Christians.

Republicans and Democrats are more educated than ever, since research From Nolan McCarty, Keith T. Poole, and Howard Rosenthal shows. These scholars estimated that the ideological distance between both parties by assessing congressional votes throw from 1879 to 2010. For each congressional session, they calculated numerical scores suggesting each politician’s standing on a left-right spectrum calculated every party’s average score and graphed the gap between the celebration averages with time in both the House and Senate. As the graph shows, the space between both parties has improved sharply since 1979.

The conflict between rival philosophies of government is as old as America itself. There are just two archetypal viewpoints. One rests on a profound distrust in government, especially the federal government a feeling it is ineffective, invasive, and easily corrupted, and that its participation in a personal action is frequently corrosive. Another embodies a pragmatic religion in government’s capability to serve society a certainty it may be exploited for good and the public sector, however imperfect, maybe set up to address issues that individuals and private businesses have difficulty solving by themselves.

But, the fierce rivalry between conflicting viewpoints of authorities May currently is inserted into something poisonous. Policymaking in America is coming all-out warfare, where success will be paramount, compromise is a dirty word, and just about any matter or growth might become a weapon for bludgeoning another hand.

The top placed on ideological purity and the desire to win any price is dangerous tendencies nearly Leninist within their orientation, based on MIT’s Stephen Van Evera, a distinguished political scientist. Back in 1924, Victor Chernov, a political rival of Vladimir Lenin, composed in Foreign Affairs: Politics to his intended plan, pure and simple. The victory was the only commandment to watch; the will to rule and also to execute a political program with no compromise, which was the sole virtue; jealousy, which was the sole offense For Lenin, he continued, politics is disguised war and the principles of warfare constitute its fundamentals.

The ineffectiveness of America’s political strategy is one of those Biggest flaws of the U.S. firm environment, according to a new Harvard Business School poll. Sixty percent of HBS alumni stated that this issue has been worse in the USA compared to other advanced economies. At least three of the other leading six problem spots will also be attached to America’s politics.

It is impossible to know exactly yet if American politics have gone astray. Years from now people can marvel at the way the U.S. political strategy, apparently at war with itself, managed to take the country successfully through a difficult period. However, it’s also likely that they’ll return and wonder how the nation allowed poor politics to undercut a powerful market. It appears sensible, therefore, to begin searching for strategies to strengthen the governmental system.

What is needed is something fundamental but rough a renewed sense of dedication to the health of democracy over the celebration, economic interest, and ideology. That is critical because the rivalry between opposing perspectives of government appears to prove most profitable as it happens in the context of such a shared dedication disagreement might be extreme, but they’re taken only so much as in a household.

Speak Out for Democracy

CEOs must make it apparent at every turn a lively republic is the base of a strong market, which all Americans such as business leaders should be cautious to not allow their zeal for winning overshadow their devotion to the ethics of the governmental procedure.

CEOs should construct a bipartisan council on general priorities. The goal should be not only to divide the gap between liberals and conservatives but also to assist each facet to articulate its greatest priorities, to ease the execution of the finest of both times.

Do you want to be a ‘Marijuana Lawyer’? 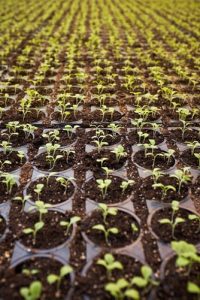 Legislation are changing throughout the USA in regards to marijuana. Those attorneys which are currently thinking about getting a bud attorney have consideration would be to create. They include a reputation while in demand. In most nations, particularly law professionals might observe a decrease in business.

Again, the advantages may outweigh the downsides. It’s all up to them to perform the research to find out whether it would be helpful for professional lifestyles and their own practice. Finding the market of one might be the difference between being a lawyer and as becoming.

As stated legislation that permit for expansion and medical marijuana usage are shifting throughout the USA. An increasing number of consumers and growers of marijuana are currently looking for legal counsel to make certain they are within law. There are now a lot of different kinds of marijuana being produced, from cbd juice to selling the normal plant. Many lawyers and throughout the country are starting to concentrate in them, Since the legislation are fresh. The majority are seeing success though some face conclusion, related to their specialization.

Strangely, of legislation regions on account of the influx of bud attorneys are being disregarded. This is currently causing a flow of customers into the clinics which don’t concentrate in bud; naturally this will eventually itself out.

Considering attorneys that there are lots of grads each year passing their bar examination, and specialize in many different places there should not be a concern. It is worth it to remain important and recognize that in this world that is shifting the only real way would be to stick out in the audience.

Getting a bud attorney could be enticing. Controlled and the task can be bothersome before leaping and complete throttle attorneys should recognize this field of clinics. Not that practicing law is not frustrating but there is very little advice to assist one along their travel.

The best choice is to include,“Marijuana Lawyer” to a listing of specialties. In this manner they have something. The distinction between living in one which is on its travel, and a country that has legalized marijuana can make all of the difference in the achievement of one. It never hurts to prepare. United States is about path to legalizing marijuana, if something is sure. Doing the study can only get you before the competition.